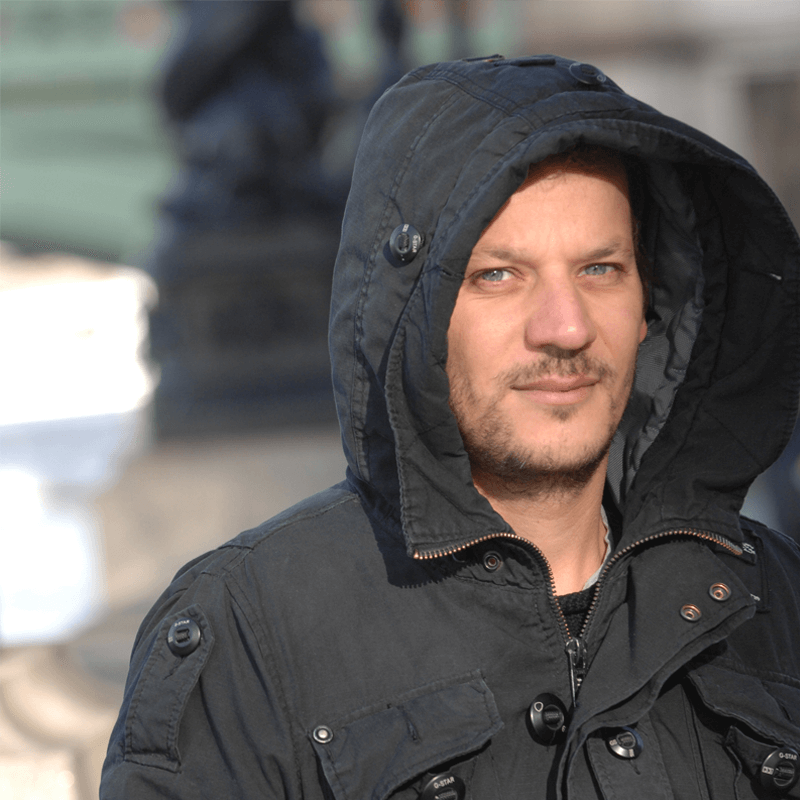 Carlo Sampietro is an Italian mixed media artist based in New York City. He enjoyed a successful career as an art and creative director at advertising agencies in London, Milan and New York before shifting focus to contemporary art. His work is primarily focused towards exploring social and cultural responsibilities that we face and create as urban citizens. His observations of landscape evolution, human preconceptions, use of natural resources, similarities and differences between societies, cultures, and cities are translated into multimedia and found-object installation art.

In 2010, he exhibited his first major series The Street is in The House, a body of work that transmutes elements of urban life into objets d’art, in a guerilla-style pop-up gallery on the Lower East Side. Sampietro harnessed objects that outlived their original uses, were discarded, reclaimed and renovated: traffic barrels became plush lounge chairs, a sewage tube was transformed into a modular couch on his piece Cloche Sofa. Police barricades were transformed into minimalist table legs; tabloid newspaper dispensers doubled as fully functional dishwashing machines, chilled wine storage units, elaborately staged dioramas and fish tanks. In these early works, Sampietro dismantled established value structures and elements of social control, communicating his ideas via a visual language based on high design, hybridity and humor.

In 2012, Sampietro created his first piece of experimental video art, Bunda Pandeiro, where he explored the rules of gender and race in the contemporary world.

In Brazilian slang, Bunda Pandeiro is used to describe attractive buttocks by referring to them as a tambourine. In this short film, each participant is transformed into a musical instrument. This “body concert” is a metaphorical representation of the “tambourine,“ which has no gender, ethnicity or sexual orientation but is defined simply from the sound that it makes.

Sampietro’s investigation into facets of the urban condition continued with PopDogs, an ongoing art installation/action first exhibited at Figment, NYC 2013. The work is a gargantuan edifice – a popcorn machine that spews plastic dogs at an alarming rate – a symbolic parallel to canine overpopulation in urban centers as the catastrophic result of human ignorance and the immutability of desire.

In 2014, he began work on Manhattan onimoD, an observation of a social aspect that is occurring in megalopolises around the word. Manhattan onimoD is a symbolic representation of the high-speed, perpetual evolution of a highly populated city, its growth, movement and explosive expansion. The frantic rhythm of emerging economies dictates urban landscapes, businesses and landmarks. Glass skyscrapers replacing historical housing, corporate franchises pushing out the old bodegas, stadiums doubling their seats but not the quality of the view.